Queens is the easternmost and largest in area of the five boroughs of New York City. It is geographically adjacent to the borough of Brooklyn at the southwestern end of Long Island, and to Nassau County farther east on Long Island; in addition, Queens shares water borders with the boroughs of Manhattan and the Bronx. Coterminous with Queens County since 1899, the borough of Queens is the second-largest in population (after Brooklyn), with a census-estimated 2,358,582 residents in 2017, approximately 48% of them foreign-born. Queens County also is the second-most populous county in the U.S. state of New York, behind the neighboring borough of Brooklyn, which is coterminous with Kings County. Queens is the fourth-most densely populated county among New York City’s boroughs, as well as in the United States. If each of New York City’s boroughs were an independent city, Queens also would be the nation’s fourth most populous, after Los Angeles, Chicago, and Brooklyn. Queens is the most ethnically diverse urban area in the world. 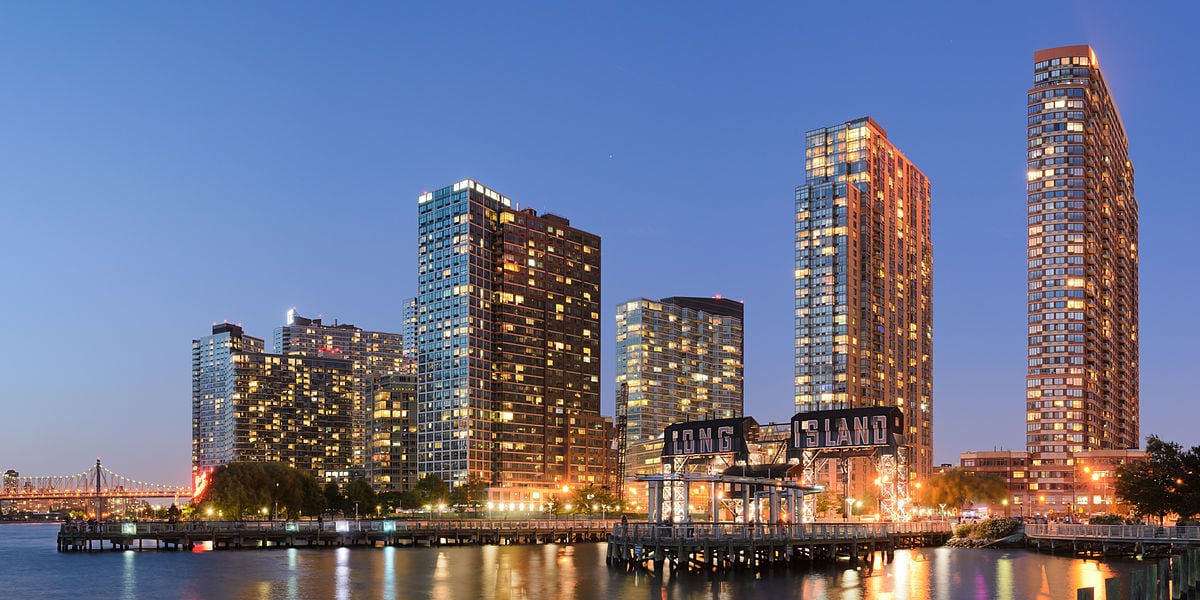